Bringing the Light of Life to Those in Need

The name Lumenis originates in Latin and means Light of Life.  As the world-renowned expert in developing and commercializing innovative energy-based technologies, light is central to our technological innovations, but also a symbol of our mission to improve the lives of people with medical and cosmetic conditions.

Lumenis is committed to supporting medical community leaders as they reach out to patients in need – no matter where they live – to bring them the life-changing benefits of minimally invasive procedures.  In just the past year, Lumenis has provided technology and resources to help undeserved and underprivileged populations across the globe.

Welcome to the Lumenis Cares Foundation

Our mission is to support projects dedicated to supporting independence, physical and environmental well-being in various fields including healthcare, education, employment, equal opportunities through charitable sponsorship and activities.

Launched in November 2019, the Lumenis Cares Foundation is aiming to raise awareness and support for meaningful causes affecting the everyday working world, including but not limited to Global Healthcare and Education.  To continually connect people with worthy causes, which support education and quality of life.  Helping those who aim to help others, in fostering an environmentally friendly, and healthy world in which to live and work.

In its first year, The Lumenis Cares Foundation is excited to host charitable events to raise money for our chosen cause, the MacMillan Cancer Support organization.

In Haiti, Lumenis is supporting the efforts of the St. Luke Foundation for Haiti and Dr. Mitchell Humphreys of the Mayo Clinic to provide relief and prevent potentially life-threatening complications in Benign Prostatic Hyperplasia (BPH) patients using the VersaPulse PowerSuite family of Holmium and Dual Wavelength lasers.

In Russia, China and Vietnam, Lumenis worked with acclaimed Dr. Rox Anderson  of Harvard Medical School to treat children suffering from burn injuries. Children at the Pediatric Hospital No. 9 in Moscow were treated using Lumenis’ UltraPulse SCAAR FX CO2 laser.  Lumenis donated the laser system to the hospital and Dr. Anderson trained the local doctors so that more children could be helped in the future.  Similar missions with Dr. Anderson were carried out in China and Vietnam where over 300 children were healed. Read More

In St. Lucia, where glaucoma affects nearly 9% of the population over the age of 30, Lumenis worked with Dr. Tony Realini of West Virginia University to help reduce preventable blindness using the Selecta II SLT laser.  Lumenis has also collaborated with the Wills Eye Institute to provide SLT procedures to undeserved patients in Philadelphia.
In the United States and Israel, the Lumenis HOPE campaign is helping wounded soldiers gain access to advanced burn treatment with the UltraPulse SCAAR FX CO2 laser.  The Company is committed to doing its part to ensure that Veterans wounded in battle receive the best medical care possible, regardless of their ability to pay.

In India, Lumenis and Aravind Eye Care System, a social organisation committed to the goal of elimination of needless blindness, are collaborating to evaluate the effect of Selective Laser Trabeculoplasty, a painless laser application, in minimizing glaucoma progression in India.

In Africa, Lumenis has collaborated with Right-to-Sight – a non-profit organization registered at the Royal College of Surgeons in Ireland, to Join fight to eliminate preventable blindness in Africa.  “Glaucoma is responsible for up to 20% of the preventable blindness cases in Africa, yet there is less than one ophthalmic surgeon per one million inhabitants across the continent,” said Dr. Kate Coleman, ophthalmic surgeon and founder of Right-to-Sight. “Furthermore, standard medical treatments such as prostaglandin-analogues are largely unavailable, difficult to store at correct temperatures, and often cost more than a local monthly wage. Right to Sight, together with Lumenis, believes that glaucoma in Africa must be addressed as a matter of urgency in view of the recent statistics from the IOVS survey, and in order to alleviate the plight of the millions of individuals in Africa who unnecessarily lose their eyesight to glaucoma,” added Dr. Coleman.

In Armenia, Lumenis supported a successful mission to treat children with burn injuries.  The mission, led by R. Rox Anderson, MD, Director of the Wellman Center for Photomedicine and Professor of Dermatology at Harvard Medical School, was designed to provide immediate access to treatment for patients in need, but also to help local medical leaders establish a sustainable burn injury care network in Armenia.
The Lumenis UltraPulse®, the most powerful CO2 laser system for scar evision procedures, with the unique SCAARFX mode, was used in the mission. It has also been used in similar humanitarian initiatives in Russia, China and Vietnam, and is considered the standard of care for treating soldiers injured in battle, for example in the VA hospitals in the USA. Read More

In Haiti, Lumenis is supporting the efforts of the St. Luke Foundation for Haiti and Dr. Mitchell Humphreys of the Mayo Clinic

R. Rox Anderson
“Unfortunately, sometimes the most effective and innovative healthcare technologies don’t get to the patients who need them most.  We’re determined to change that. 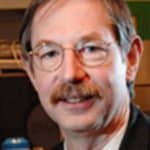 Children with burn injuries – whether they live in the suburbs of New York City or a small village in Vietnam – should have access to treatments like SCAAR FX.”

Tzipi Ozer-Armon
“Lumenis is proud to support these important initiatives, and on a parallel track we are establishing programs that provide training to empower local doctors and nurses in these communities to offer our life-changing treatments to their patients. 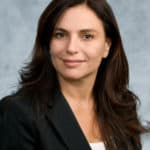 We look forward to working with leaders of the medical community to help ensure that these efforts are sustainable.”