What Are Ablative Lasers?

Ablative lasers generate beams of coherent light that are absorbed by the body’s tissue as energy. The energy is delivered through a narrow range of wavelengths, and in the target area, the energy causes temperature elevation which results in tissue evaporation or ablation. Ablative lasers effectively treat a broad range of skin conditions by removing all or part of the skin. The body’s natural healing processes then replace the damaged skin with new and healthy tissue. Although several types of ablative lasers exist, differing mainly by wavelength, CO2 lasers have long been considered the industry’s ‘Gold Standard’ for ablation, delivering an exceptional ratio between ablation and coagulation (heating tissue without evaporating it).

How Does A CO2 Laser Work?

CO2 lasers produce light at a 10,600nm wavelength, which is absorbed by water in the tissue. The laser energy heats up the water until it reaches a boiling point causing the evaporation of the affected tissue. Some heat is absorbed by tissue adjacent to the ablated target area, causing tissue coagulation which induces hemostasis (the cessation of bleeding) as well as thermal stimulation of deep skin layers, which induces fibroblast stimulation and neocollagenesis (the formation of new collagen).The laser beam can also be transmitted through a scanner which is a device used to further control the delivery of energy.  The scanner regulates the configuration of energy delivered onto the skin, which can range from covering the entire treatment area or just a fraction of it (leaving the areas in between untreated); (also referred to as fractional ablation). The overall effect of ablation and coagulation, either full or fractional, is the removal of skin and the stimulation of the body to replace it with newer, younger skin. 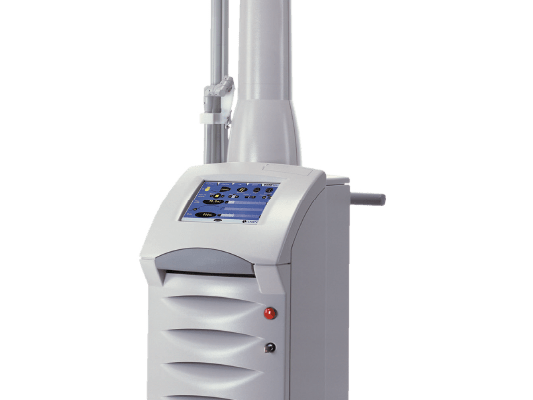 The most powerful CO2 laser in aesthetic medicine 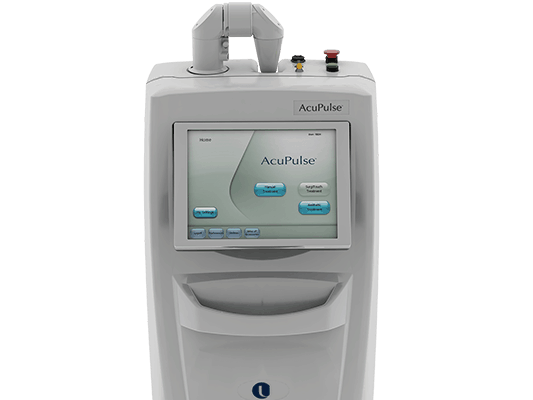